David Morris was the inspiration behind Together! 2012, when he was on secondment from his position as the Mayor of London’s Disability Adviser to lead on External Inclusion for London 2012. 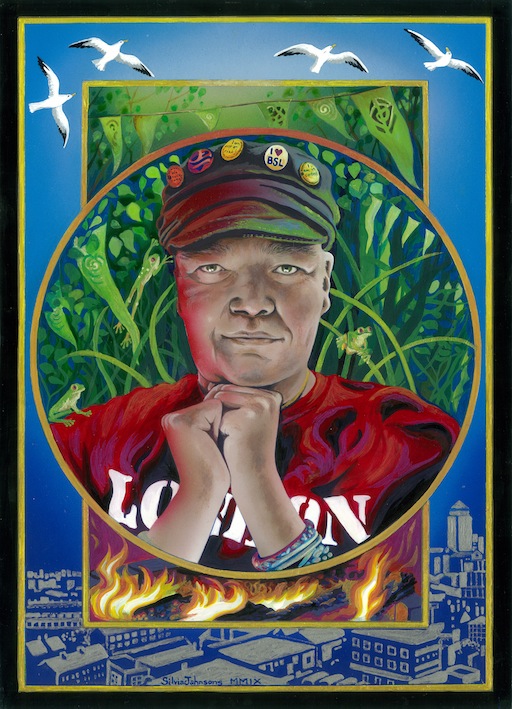 As a poet, filmmaker, chef, bard and host — and yes, even as an equality campaigner — David’s way of exploring and engaging with life was itself art.

David had been writing poetry and short stories for most of his life. In 2008 he started using his poems and writing as a starting point to make films — or “filmed poems” as he would call them. In the course of only two years David managed to produce an impressive body of filmed work, a selection of which was shown on the opening night of the Together! 2012 Film Festival in December 2012. In particular, his work argues for “dignity in living” against a quiet return of eugenic ideas in the debate around assisted suicide.

David collaborated with other artists as well, in particular Silvia Jahnsons with whom he was producing his ‘Together’ art project when he died. This included a series of portraits by Silvia of David and his friends at work and play, and a film commissioned by the UK Disabled People’s Council. Silvia is now illustrating David’s poems for a joint exhibition.

David also explored music — writing songs, singing and playing the harmonica. Many a cover or original arranged and sung by David, either solo or with his friends, and recorded on video at his flat, found its way on to YouTube — often under the name of the ‘Limehouse Frogs’.

With his many ‘Red Jesus’* soirées at his home in Limehouse (*named after the red statue visible on the church opposite his flat), David created a space for people to come together and share: food, wine, poetry, song, their stories or just a beer on his roof terrace. Everybody was welcome, and there was always a diverse range of disabled and Deaf people, people from every corner of the world, children, older people, dogs and musical instruments.

Guests were encouraged to explore costume and fancy dress, while at the same time just being themselves. David had a large wig and hat collection, which rotated from head to head over the course of the evening. David himself was always dressed in a wig, a pair of “radical socks” and some interesting earrings — his way of being a host and welcoming people into his space and encouraging them to relax.

David was a staunch supporter of other artists, and within ‘Red Jesus’ created the opportunity for people to share or perform their work — often in front of an audience for the first time; everyone was equal. David himself used these occasions to show his films and to obtain feedback on work in progress. Together! 2012 puts his unique ethos at the heart of our work.

The centrepiece of David’s soirées was always the food. This was created and prepared by David — ‘Spicy Man’ — with ingredients “sourced organically in and around Limehouse” (the local Waitrose store). Everything was cooked according to David’s personal food philosophy, which was anarchically anti-institutional and included such gems as:

“Food should be easy to eat and accessible to all; it should have a lot of flavour and help you to explore something new” (strawberries with raw garlic and chilli, for example!), “Recipes are a way of making you conform” and “Butternut squash is the devil’s vegetable and should be avoided at all costs”.

David’s food philosophy was so successful that he was commissioned to open a restaurant in Trafalgar Square during the Mayor’s Liberty Festival — the Blue Madonna Bistro. He also enjoyed hosting intimate dinner parties against the backdrop of the London skyline seen through the windows of his flat. Each meal was accompanied by a special menu – an artwork in itself. However many people David cooked for — a restaurant full, or just a friend or two — his food was always eagerly anticipated, with just a frisson of accompanying anxiety!

It is safe to say that there will never be another Chef like him, and that food will always be the duller for it.

David’s lifelong passion was the struggle for equality — not only for disabled and Deaf people, but for everyone. David was able to make links between groups of people who have experienced discrimination in a way that very few of us can. David was a powerful advocate for the recognition of everybody’s contribution to society and right to independent living, and appeared on many important TV debates.

As the first Senior Adviser on Disability and Deaf Equality to the Mayor of London, David produced ground-breaking work and events at City Hall such as the annual Disability Capital conference, the biggest disability and Deaf policy event in the UK. He also helped to develop the Liberty festival to become a major fixture in London’s cultural calendar. In 2008 David joined Regard at the Pride march to campaign for better access for disabled people at the event.

David soon took over the design of the Mayor’s Annual Equalities Report, believing that these documents should make people engage with diversity in a more interesting way and include people’s real-life stories. One report explored the history of equality from the abolition of slavery to London’s first senior policewoman. A year later he collaborated with another poet to collect poems in many of London’s languages and dot them around the report. Yet another document featured various London views and skylines, including the spectacular view from David’s flat and roof terrace.

Born in Barnet, David lived and worked in London for most of his life and put his considerable energies into making the city a more accessible and inclusive place to live. In 1989 he founded Independent Living Alternatives (ILA) with a grant from the London Boroughs Association, providing a unique employment service for disabled people to recruit the assistance that they required to live independently. David later directed Hammersmith and Fulham Action on Disability, before going on to work for the Greater London Authority and then to London 2012.

From the streets and the Thames to the skyline, London often played a major role in David’s film work, the camera lingering just long enough to attract the viewer’s attention to features that they would otherwise have missed. David also collected films from London’s past, particularly those relating to East London and the river. In recent years he embraced the opportunities offered by the new generation of accessible buses and Thames Clipper boats to become a part of the London crowd as never before, however smelly and crowded that experience might be.

David was passionate about the opportunities offered by 2012 to create a more inclusive and accessible city for all of its residents, both temporary and permanent. He described his last job at LOCOG as the ‘best ever’. 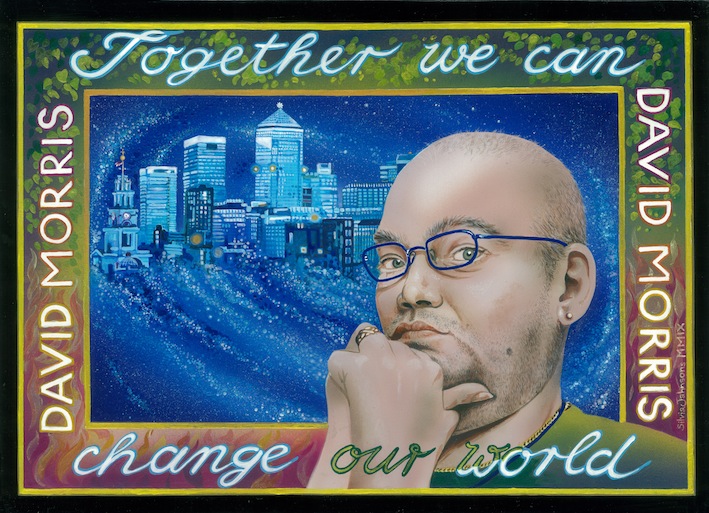