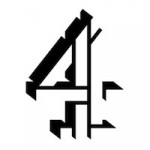 The Together! Film Festival is taking place from 7-9 December 2012 in a 238-seater state-of-the-art lecture theatre at the University of East London’s Docklands Campus. Also sponsored by Channel 4, the festival showcases a magical line-up of over 75 new and recently made films by disabled film-makers from the UK and beyond, together with films featuring disabled performers or inclusive companies. Presented with a particular focus on East London and Games past and present, and a festive flavour. Many of the filmmakers will be present at their screenings. 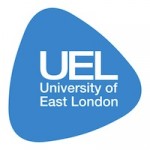 All films are free, and there is no need to book unless you are a group, in which case contact us to let us know you are coming. Where possible, films will be sub-titled and/or have BSL interpretation; we are currently exploring the options for audio-description. Where online versions are available you will be able to find links from this website, so you can join in even if you can’t attend in person. We have also collected the films that are available online here.

There will also be a two-day low-budget film-making workshop on 5 & 6 December 2012 at Durning Hall, led by London 2012 Inspire mark winner Gary Thomas. Email us to register your interest: info@together2012.org.uk 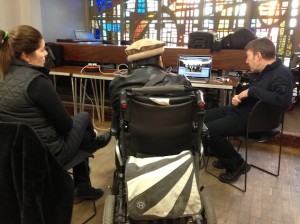 FRIDAY 7 DECEMBER 5 – 8pm: A Tribute to David Morris, Filmmaker. The late David Morris was the Mayor of London’s Disability Adviser, in which role he founded the Liberty Festival and led work on External Inclusion for LOCOG until his sudden death in 2010. In the last two years of his life, David also created an extraordinary body of what he described as “filmed poems”, about his lived experience of disability. These were shot by David’s PAs using a domestic camcorder, and edited by David using voice-activated software.

The evening opens with David’s last film Together!,  commissioned by the UK Disabled People’s Council, talking about the importance of disabled people coming together to achieve change. Many of David’s other films were shot in East London, while he was living in LImehouse and working on the Isle of Dogs, including a film reflecting David’s mixed responses to the London Marathon as it passed his home. We will also be showing an extended version of David’s record of his visit to the Beijing Paralympics, where he was invited to be a Torch Bearer.

SATURDAY 8 DECEMBER:
12noon: Oska Bright  on the Road. Films by and starring people with learning difficulties from across the world, including animations and dramas. The programme also includes films made especially for London 2012.
2.30pm: Films from the East. Films telling unique, moving and powerful stories from ‘Ordinary East Londoners’ (those who are often hidden from history), celebrating their lives and achievements, and at times speaking about their dreams and aspirations for the future. Introduced by Eastside Community Heritage and young film-makers from the Barking and Dagenham Ab-Phab group.
4.30pm: Animate!. Animated films from the UK, Ireland and Canada, in association with ADF and the Picture This Film Festival.
6pm: Warrior Champions (Brent Renaud, 2010). UK PREMIERE. The multi-award-winning story of four wounded US service personnels’ 12 month-journey as they fight to compete in the 2008 Beijing Games. 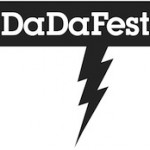 SUNDAY 9 DECEMBER:
12noon: Artists’ Films and Videos. Recent films by leading British and international artists including Mark Morreau, Alison Jones, Katherine Araniello, Mandy Redvers-Rowe, Caroline Parker,  Gina Czarnecki, Diane Atherton, Ju Gosling and David Bower. In association with DaDaFest.
1pm: Short Documentaries. Films from Finland as well as the UK, set in locations that also include the Netherlands, Australia and India. Two films explore the world of Deaf Rave: Born Without a Beat, which follows clubber Lenny as she travels to Holland; and Pulse from Finland with DJ Signmark. In association with KynnysKino and DaDaFest.
2.30pm: Dance Films. Including film-dances and dance documentaries from Anton French, David Bower, Mikko Keinonen, Gloucester Dance and The Olimpias. In association with KynnysKino.
4pm: Short Dramas. Sit back and be entertained by a rich selection of short dramas from the UK, Ireland and Finland. In association with ADF and KynnysKino.
6pm: Jason Becker: Not Dead Yet (Jesse Vile, 87 mins, 2012). Guitarist Jason Becker was on the brink of success when he was diagnosed with Lou Gehrig’s disease. Now he communicates via a digital system linked to his eye movements, but he’s still the band member that all the girls want. Meet Jason, his friends and family, and learn why his fan base is now larger than ever. Introduced by Disability History Month Director Richard Rieser.

Sit back and relax in our warm comfortable venue, meet old friends and new, and spend a chilled weekend away from it all with us in the run-up to the holidays. We can guarantee films that will make you laugh, cry, think, but most of all entertain you – and it’s all free!