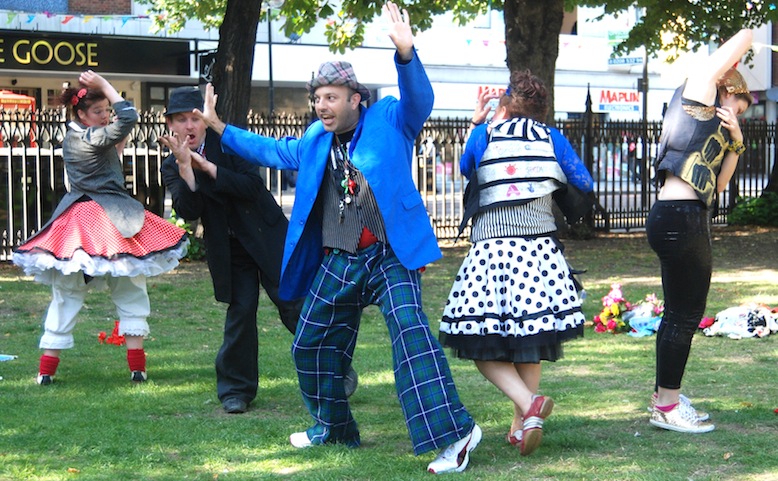 UK Disabled People’s Council welcomed visitors to our offices at 107-109 The Grove, Stratford E15 1HP to find out more about our work and the work of disabled people’s organisations. International visitors included representatives from Ghana and Kenya and two separate Chinese delegations, and Senator the Hon Jan McLucas, Parliamentary Secretary to the Prime Minister, Parliamentary Secretary for Disabilities and Carers, Labor Senator for Queensland. 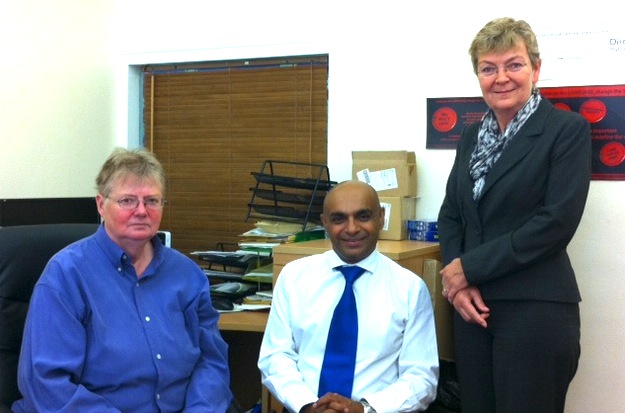 Plus we previewed of Ian Farrant’s Disability History Month exhibition with photographic portraits of Paralympic athletes, and Ju Gosling’s & Julie Newman’s View from the Chairs with photographs from The Hardest Hit march.

TOGETHER! WITH EASTSIDE COMMUNITY HERITAGE
1-13 September 2012, the People’s Museum and Gallery of Newham, 306 High Street, Stratford, E15 1AJ. UKDPC presented work by 20 locally based disabled artists, and held a Private View 8 September 2012 from 6.30-8.30pm which was attended by MP Stephen Timms. 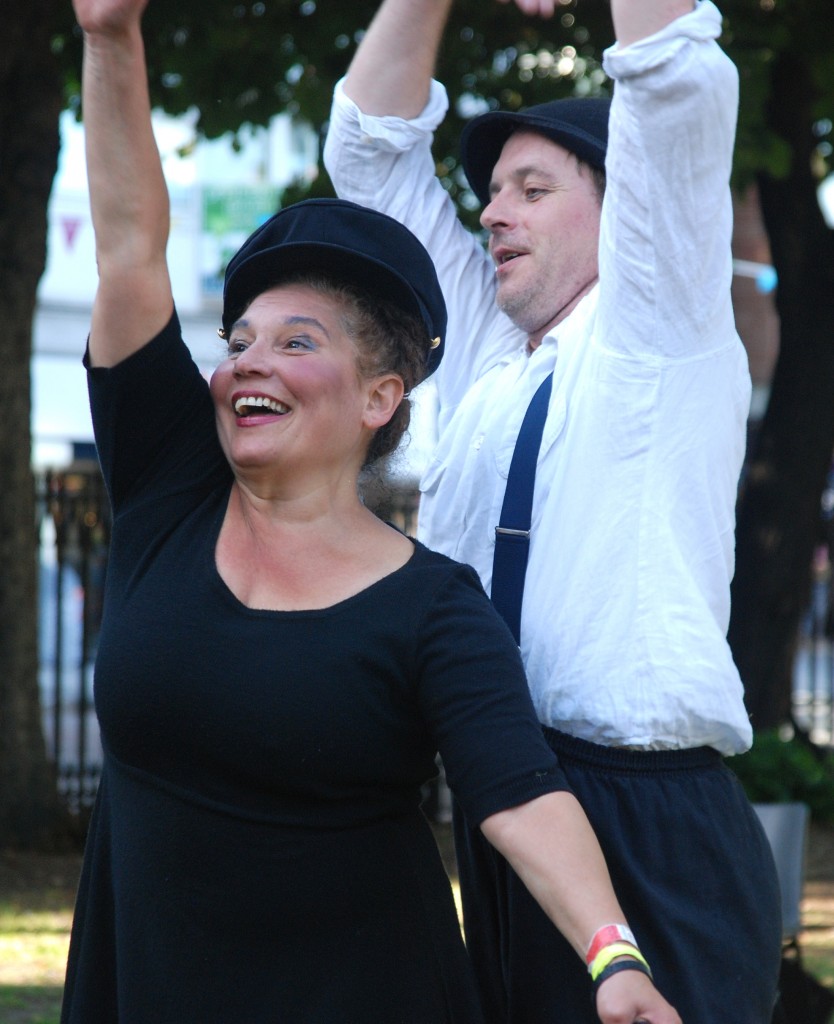 Isolte Avila and David Bower in Signdance Collective International’s performance of Half a Penny on 5 September 2012. 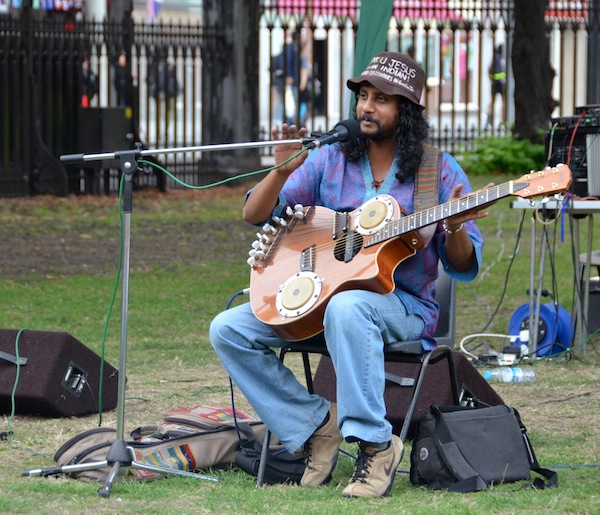 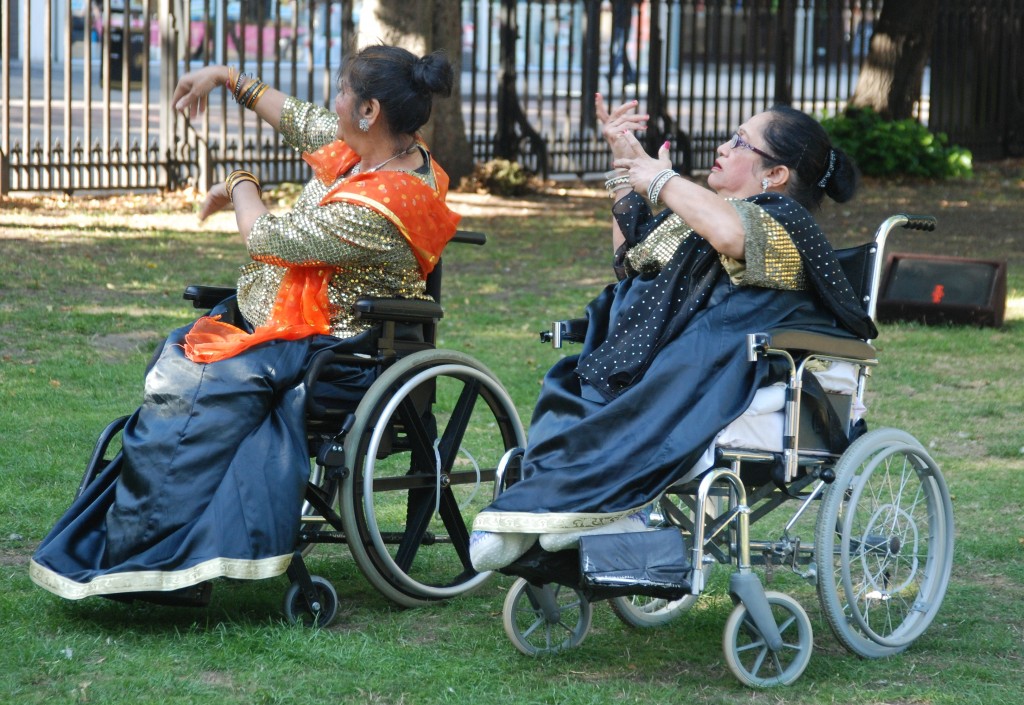 Muskaan, an Asian wheelchair dance company founded in north-west London in 1996, performed in Stratford on 5 September 2012. 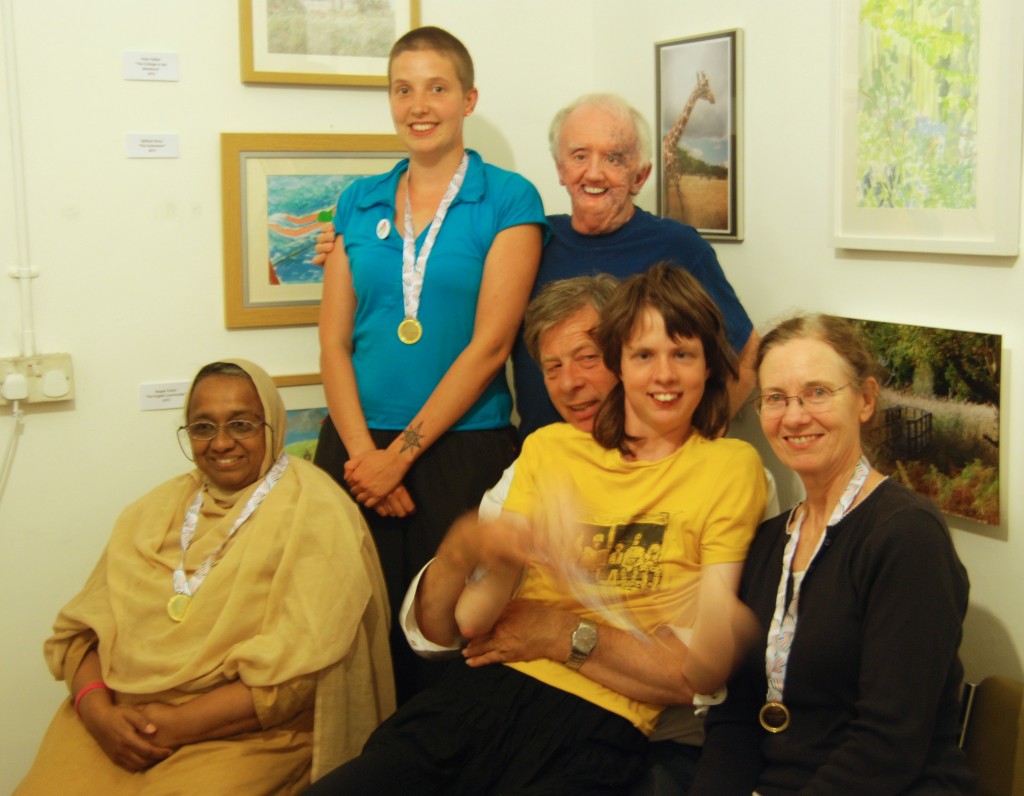 Some of the participants at the story telling workshop at the Together! exhibition on 6 September 2012, with US comedian David Roche.

All of our artists were presented with ‘gold’ medals provided by the Mayor of Newham, Sir Robin Wales. 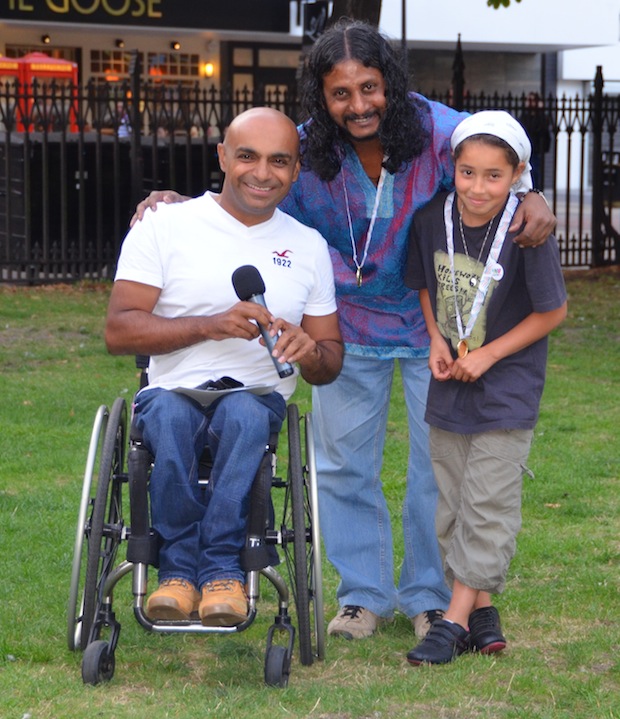 Saffron Segree assisted CEO Jaspal Dhani in presenting the medals at the performances on 3 September 2012 and received a medal herself from Benny Prasad.