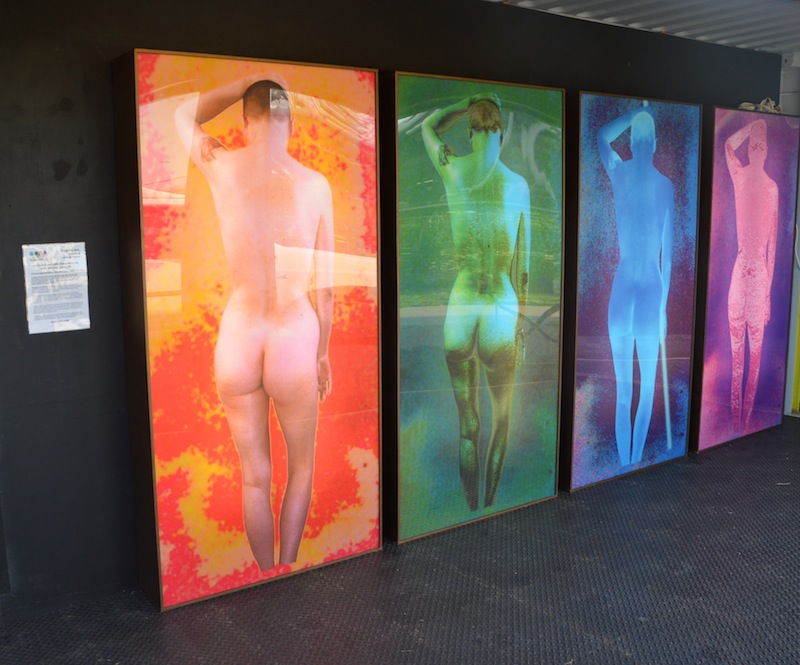 Ju Gosling aka ju90 works mostly with lens-based media, but also with performance, text and sound. Based in East London since 1985, she has gained an international reputation for her work. Ju led the Together! 2012 festival celebrating the Paralympics and Disability History Month, and is Artistic Director of Together! 2012 CIC.

Perception I-IV, after Matisse: Backs I-IV was originally funded by the Arts Council’s Innovation Fund in 2003. This version was re-made in 2010 for the Objects of Curiosity and Desire exhibition at Liverpool’s Bluecoat gallery as part of the DaDaFest International festival of Disability Art.

Matisse progressively reworked his plaster sculpture of a nude woman leaning against a fence between 1909 and 1930, making it increasingly abstract. His largest sculptures, the series was only cast in bronze after his death in 1954. Copies are now owned by the Tate, the Georges Pompidou Centre in Paris and New York’s Museum of Modern Art.

Ju says: “There is something about the Backs series that speaks instinctively to me as a woman with a painful spinal condition. No doubt the original model was herself in pain as she maintained her position for the artist. Yet as her image becomes more abstract, she gains in strength. As a woman, it was particularly interesting for me to take the place of both model and artist.

“Digitising an image enables it be reworked like plaster, here by adjusting the light itself by manually manipulating the ‘curves’. There are also parallels between casting and digital art, in that more than one ‘original’ can exist simultaneously.”