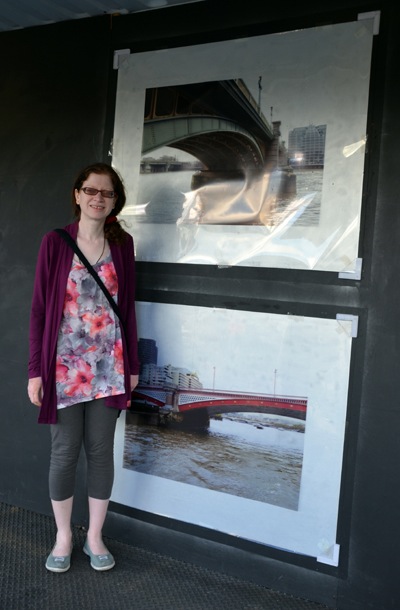 Malini Shah and her Bridges series.

Malini Shah grew up in Kenya and came to the UK aged 20 to continue her education. She was the Young Producer for the Together! 2012 festival celebrating the Paralympics, and originated the Together! 2012 open-access touring exhibition. Malini is now a member of the Together! 2012 Professional Development Club, and continues to volunteer with Together!

Malini says: “As a visually impaired photographer, my practice is enhanced by the need to look more closely. Sometimes I use the camera as a tool to see things which are out of my sight, creating a record of where I have been but not seen.

“Initially inspired by the theme of water, I became fascinated by the London Bridges. I eventually walked the Thames path from Putney Bridge to Tower Bridge as well as taking the riverboat, photographing the bridges as I went. The series formed my second-year project at the University of Hertfordshire, where I studied digital and lens-based media.

“I specialised in this area for my third-year project, photographing the ripples and waves in the water and transferring these onto perspex using laser-etching. I later worked at Tate Modern, advising on the access for blind and visually impaired visitors and eventually producing tactile images for some of their artworks.”

One thought on “Nucleus: Malini Shah”