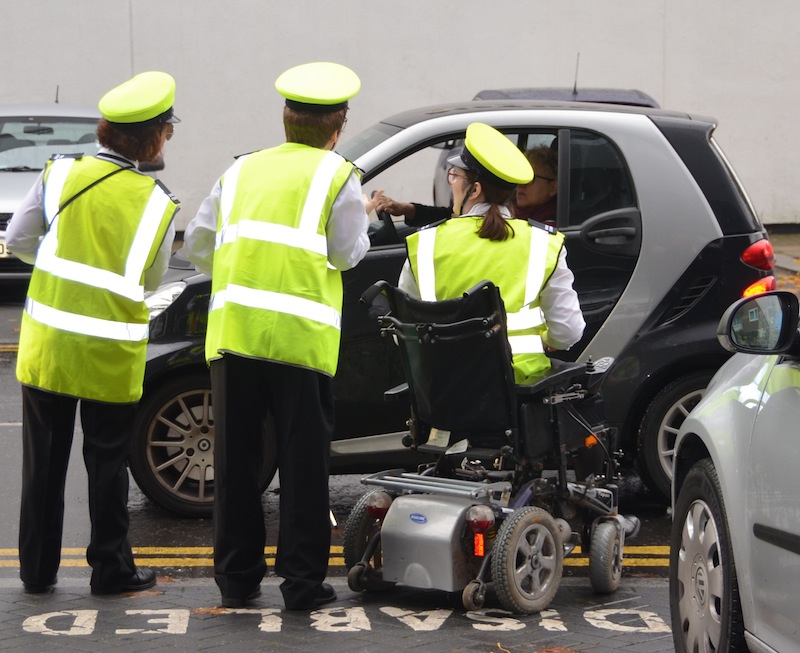 JU GOSLING AKA ju90 WRITES: On Saturday 22 November we marked the official start of Disability History Month (the dates fall the same each year) with street theatre by Natural Diversions. Their performances took place in central Stratford’s Cultural Quarter, which houses The PictureHouse, Theatre Royal Stratford East and Stratford Circus. (We are extremely grateful to these venues for the provision of facilities for both the artists and ourselves, and for generally assisting us with the licensing and publicity for the event.)

As an organisation, Together! 2012 is committed to challenging the view of art as something that takes place only in white-walled galleries in privileged areas. Although it was the main Host Borough and is the most culturally diverse area on the planet, Newham is the second most deprived borough in the UK, and has the lowest level of arts engagement. Natural Diversions’ performances enabled people to engage with art who might never enter one of the venues themselves – the young men smoking a spliff at the side of Theatre Square, the shoppers returning from the £ store who could never afford to pay for a ticket, the people who view the Cultural Quarter merely as a convenient thoroughfare…

The Naturals’ performance also resonated with the history of the Theatre Royal and the birth centenary of Joan Littlewood, who was committed to theatre which reflected the life experiences of and was accessible to ordinary people. We were pleased to see Act Up, who performed at our launch event on 19 November, arrive for rehearsals at Stratford Circus in time to watch and interact with the Naturals. Act Up create work that is based on the lived experiences of disabled people, producing it in such a way that it is suitable for pop-up venues as well as theatres, and again this resonates very clearly with Joan Littlewood’s artistic philosophy. Also relevant to Joan Littlewood’s philosophy is a political component to the work. Natural Diversions first piece was ‘Parking Attendants’, where they questioned and interacted with the drivers desperately trying to obtain one of just 12 Blue Badge spaces in central Stratford, or to drop off children for classes in an area where loading is banned. We will be using the images, as well as what we witnessed during the 40 minutes’ performance, in our ongoing campaign for better parking facilities for the Cultural Quarter.

After a break, the ‘Noise Doctors’ moved into Theatre Square, where passers-by and hangers-out alike were more than happy to have their hearing tested by a Deaf doctor using horns and football rattles. “Like being in Dr Who” said one person afterwards. Only one sour note was struck, when a group of young girls coming out of the cinema told us to “go back to your special school” – reminding me forcefully of the scene set in a school which Act Up performed on Wednesday night. Finally came ‘Pirates”, where the venues were hunted for recruits for the pirates’ next mission. One twist, though – recruits had to have a disability “like all pirates”. Coming out as disabled has never been so much fun!

The very high quality of the work being produced by disabled artists – Natural Diversions’ work is world-class – also reflects Joan Littlewood’s belief that people from working-class backgrounds could reach the same artistic standards as everyone else. Where I have always taken issue with the Arts Council’s ‘Creative Case for Diversity’ is that no case needs to be made in the first place; it is self-evident that diversity is an essential component of excellence. In fact, by accepting the need to argue a case for the inclusion of diverse artists, you have already failed to make it. It’s time to focus on the barriers that face diverse artists in the mainstream, and to make it clear that discrimination is unacceptable.

We are really proud to be working alongside ‘mainstream’ arts organisations in the borough, with a growing acceptance that our professional standards are (at least as) high as everyone else’s, and our artists are (at least as) good. We don’t need charity, but we do want equality.