I would have been very surprised then had I known that today I would be leading our fifth annual Disability History Month Festival.  I volunteered to lead the Together! 2012 project as a way of celebrating my 50th birthday, by widening my experience and giving something back to the local community, before returning to my own practice.  But against a background of widespread closures of Disability Arts organisations across London, and a main Host Borough which had the lowest level of cultural engagement in the UK, artists, participants and audience members alike asked us to continue.

Now Together! 2012 is a social enterprise, led by locally based disabled artists. We produce a free year-round participatory arts programme for disabled people and their companions, and free disabled-led events, exhibitions and performances for everyone. Our aim is to make East London into an international centre of excellence for Disability Arts, as part of the Paralympic cultural Legacy. As the name suggests, each year we come together with as many others as possible in order to achieve this.

Today’s opening performance in Stratford Centre also marked a milestone in the development of Disability Arts in East London. Three locally based creative groups — Powerhouse, Act Up! Newham and the McGrath Makers — came together at the start of this summer to develop a new street art performance, Aliens. Aliens has been produced by Together! 2012 CIC, and directed by Natural Diversions, a Bath-based company who first brought their unique brand of street art to Stratford for the Together! 2014 DHM Festival. In 2015 Natural Diversions restaged their ‘Sheep’ performance in Stratford using local performers, to mark International Day of Disabled People.

This year our performers have developed a piece of their own about being stared at, and being made to feel as if they are aliens when disabled people are 1 in 5 of the population. In today’s performance, the performers were inter-galactic Alien tourists from worlds where disability is entirely normal. However, the things they see and people they meet on earth are regarded as being highly exotic. Our Aliens were fascinated by Stratford, and Stratford was fascinated by them! 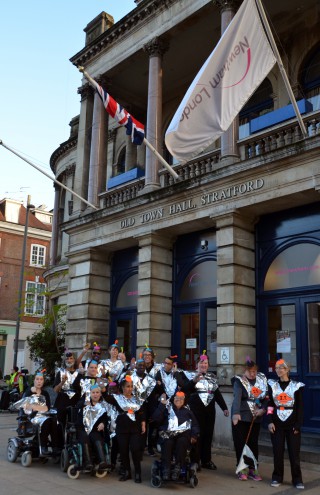 We have chosen to put locally based artists at the heart of this year’s Festival because they deserve it. There can be no place in the UK with more disabled artists living in it than Newham, being the poorest and most diverse borough in East London. I’ve had the privilege of getting to know many of these artists over the past few years, and of witnessing their work and its development. Most are from backgrounds and/or impairment groups who are under-represented in every art form and audience, including within Disability Arts. With the opportunities we have been able to create, their work is beginning to flourish, and we hope that in another four years it will be known nationally — if not internationally.

Today I also had the pleasure of support from a number of individuals who played a role in the London 2012 Paralympics/Together! in 2012. Nicola Miles-Wildin was already an experienced actor when she played Miranda in the Paralympic Opening Ceremony; today she is also directing as well as being involved in several companies and varied projects including Natural Diversions. Nickie joined Phoebe Kemp and Mark Bishop to work alongside our local performers today. Having the opportunity to work alongside national and international artists and directors over the past four years has been enormously beneficial for locally based artists, and today was no exception. 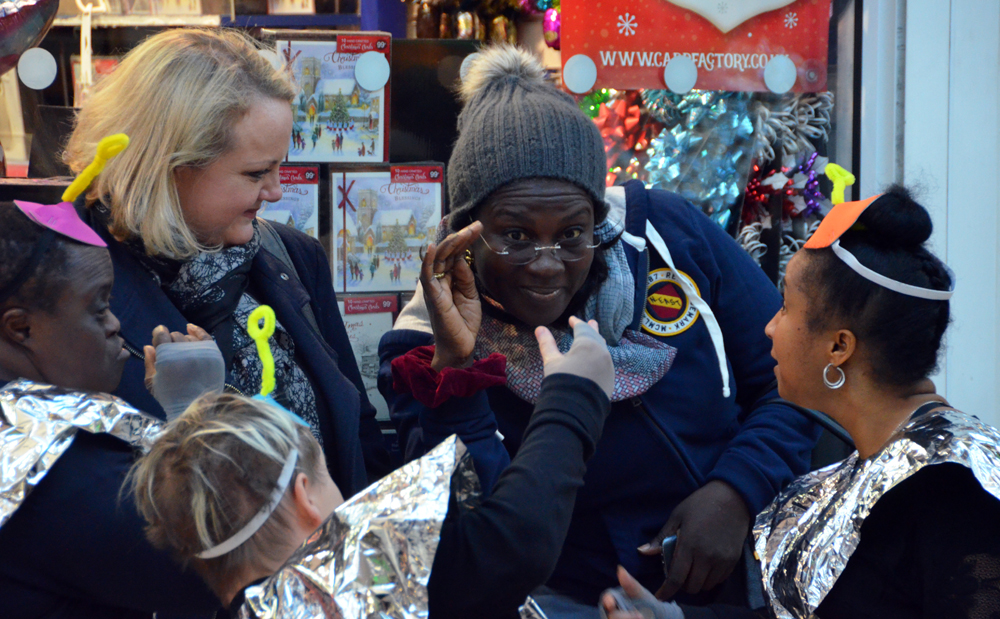 Meanwhile our documentation was led by our Chair, Julie Newman, who also leads our Photographers and Filmmakers Club. Julie was Chair of UKDPC in London 2012, and has always recognized the importance that disability culture plays in disabled people’s lives and the wider disability movement. Julie was assisted by Tony Malone, who designed our brand and website in 2011 and continues to advise us today. And my PA Shirley Skinner was a London 2012 Paralympic Games Maker, who would probably have been as surprised as me if she could have seen her future self then.

I wisely leave the official ‘Thank yous’ to my final Blog entry each year. However, at the start I would like to thank the above plus Natural Diversions; our performers from Act Up! Newham, McGrath Makers and Powerhouse; Manimala Gollapalli and Active Newham; Sarah Hughes, Alison Marchant, Jasmine, Coral and Amanda Claremont, all working away in the background to make the rest of the Festival happen; and Pam Brown and her team at the Old Town Hall Stratford, one of our main Festival venues. And as always many thanks to our funders, particularly Arts Council England whose consistent support has enabled us to reach this point.

Next: Outside the Box