11 DECEMBER 2016 JU GOSLING AKA ju90 WRITES: It’s always with sadness that I see the end of the Disability Film Festival for another year. There are so few opportunities for disabled filmmakers to show their work, and for any film on the subject of disability – or at least, any film featuring a disabled factor – to achieve cinematic distribution. The fact that we have been fortunate enough over the last few years to screen so many premieres bears witness to that. And as a disabled person, of course I want to see people like me represented onscreen, as well as to learn more about the culture and perspectives of other disabled people. 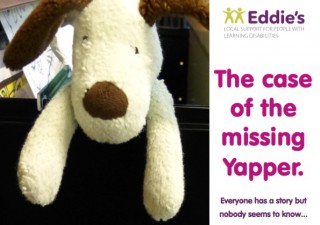 We had a huge variety of films today, between Artists Films & Videos, our second Short Documentaries programme, Dance Films, Short Dramas, and our evening feature What Doesn’t Kill Me: The Life and Music of Vic Chesnutt by Scott Stuckey and the accompanying short Echoes by Josh Merritt. In the Artists Films & Videos programme, special mention must go to The Case of the Missing Yapper by Troublemakers at Eddie’s. Devised and acted by teenagers with learning difficulties, I hope that they get many more opportunities in the future to continue to develop their filmmaking. This 20-minute short is not currently available online, the only film in the programme that you cannot view for yourselves in our ‘Virtual Disability Film Festival’, which continues online indefinitely.

Our second  Short Documentaries programme included another two films from BSL Zone, as well as a film by Creative Opportunities for Mencap about the barriers facing disabled people in employment, Work with Disability. Found in Love and Found in the UK looked at how a number of Deaf people had discovered a Deaf identity through falling in love with another Deaf person or moving to the UK and discovering Deaf Culture. BSL Zone is, of course, the hearing world’s means of discovering Deaf culture as well as a critical service for the Deaf community. 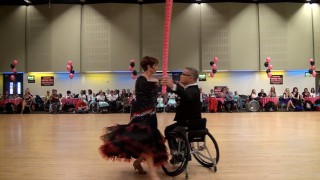 Next, the Dance Films programme featured shorts from Danny Smith and Shadowlight Artists; Liberdade – who only began making dance films two years ago – and Tae Catford; and a feature-length documentary from Flying Monk Community Films about wheelchair ballroom dancing, Heels and Wheels. In Tae Catford’s In Response to the Alchemy Project, not yet online, a dancer walking down the Maudsley Hospital corridor in tracksuit and trainers breaks into dance in response to pictures of the Alchemy Project at Maudsley Hospital. As someone who trained as a dancer until the age of 16, I always find myself responding to the dance programme. It was particularly difficult to stop myself moving around my lair behind the screen while audio-describing Heels and Wheels! 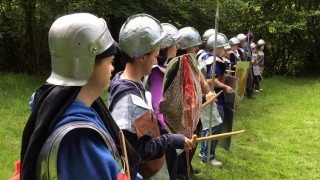 This year’s drama programme was as varied as usual. Teresa Garratty’s The Quiet Ones (not available online) explored abuse and murder at a Deaf school, while familiar characters returned in Episode 3 of Louis Neethling’s sitcom Small World for BSL Zone. Jerome Rehioui’s The Use of Stamps to Evoke Desire explored the topical subject of relationships between UK and European citizens. Liberdade’s Wrestless featured a cast of people with learning difficulties, forcing their friend to get into real physical fitness instead of playing wrestling games on his computer. Can Do Films, a community filmmaking group for people with mental health difficulties, premiered their first two dramas, The Haircut and The Thief. Paul Green’s short Not Saving Private Ryan, using footage from army training exercises, reminded us that war is creating more disabled people every day, while others are dying needlessly. Finally, the Siege of Clonmel was the creation of the Clonmel Busking and Arts Festival. People with learning difficulties re-enacted the siege of Clonmel, Cromwell’s most difficult battle, in a story where children visiting the site today dream themselves back in time. 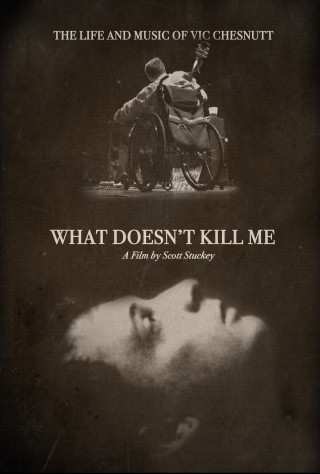 The Festival climaxed with the UK premiere of Scott Stuckey’s What Doesn’t Kill Me: The Life and Music of Vic Chesnutt. In 2006, NPR listed Chesnutt at #5 on its list of Top Living Songwriters, behind Bob Dylan, Tom Waits, Paul McCartney, and Bruce Springsteen. As the film notes, of the five, only Vic Chestnutt never gained a Grammy or was inducted into the Rock and Roll Hall of Fame. The film combines archive footage of Vic Chestnutt’s performances with interviews carried out by Scott Stuckey before Chestnutt’s death and interviews with Chestnutt’s band members and friends after his death. The result was a gripping film about Vic Chestnutt, who became quadriplegic following a car accident at the age of 18. His death at the age of 45 from an overdose of muscle relaxants came after he was unable to afford the spinal surgery he needed; had his house foreclosed on by his local hospital for unpaid debts (which after Chestnutt’s death he turned out not to owe); and was unable to take up the place in a mental health facility because the transport they sent was not wheelchair accessible. A stark reminder, if any was needed, of how important the NHS is to disabled people in the UK. 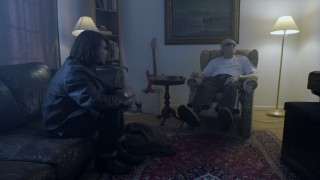 A final mention must go to Josh Merritt’s short Echoes, screened immediately before What Doesn’t Kill Me and receiving its London premiere. An inexperienced, anxious young journalist interviews an ageing rock star in an atmospheric and evocative story which slowly reveals the connection between them. It was the perfect accompaniment to Scott Stuckey’s film and we look forward to seeing more films from Josh in the future.

Many thanks to everyone who made the Together! 2016 Film Festival such a success, including all in Team Together!; Active Newham and their volunteers; the Old Town Hall staff; my PA Shirley Skinner; Ian Hassell and The Small PA Company; Michael Achtman and filmpro; and Arts Council England and London Borough of Newham for financial support.

Next: History, Community & the Future