Being Disabled is Fun. Stephen Lee Hodgkins and Steven Cole. UK. 2016. 3:15. Drawing on the words of Steven Cole (1963 – 2016), a learning disability day service survivor, this piece uses speech synthesis to present a series of alternative “world” truths. In 2005 Steven started using JAWS (Job Access With Speech — a computer screen reader program that allows users to read the screen either with a text-to-speech output or by a refreshable braille display).  Steven wrote extensively about his life growing up in the east end of London, medicine and surgery, family relationships, day services and attitudes to disabled people. Within these are also a range alternative “world” truths presented, that reverse and rework aspects of our everyday realities, including many of the labels given to him. Steven particularly enjoyed creating text to speech synthesised soundscapes by varying the computerised voices, text formations and layout in a word processor.  This would produce both alternative accounts of everyday life and unique word and speech sounds which this piece has attempted to reflect. 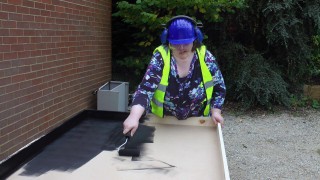 Construction and Destruction in Didcot. Lucy Skuce. Shadowlight Artists/Film Oxford. UK. 2016. 5:30. Lucy Skuce from Didcot has created a large “light painting” of Didcot Power station cooling towers. Her film follows the construction of her work, as well as Lucy’s filming of the many building sites around Didcot. She also created the music. The Shadowlight Artists are an independent group of digital artists with learning difficulties based in Oxfordshire, supported by Film Oxford. Produced by Film Oxford as part of the Creative Bridges project. Film contains spoken language or sub-titled. Available to watch online at: https://vimeo.com/167751875 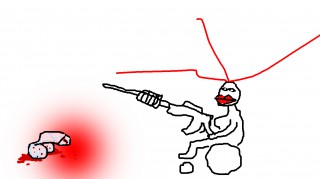 WOW SickBitchCrips. Katherine Araniello. UK. 2016. 2:52. UK FESTIVAL PREMIERE. A politically animated collage of happenings, at global and street level, by one of our favourite artists. SickBitchCrips comes to life and showcases her finest moments. “Twisted, dark and brilliant”. Available to watch online at https://www.youtube.com/watch?v=5KiCBznQW8k