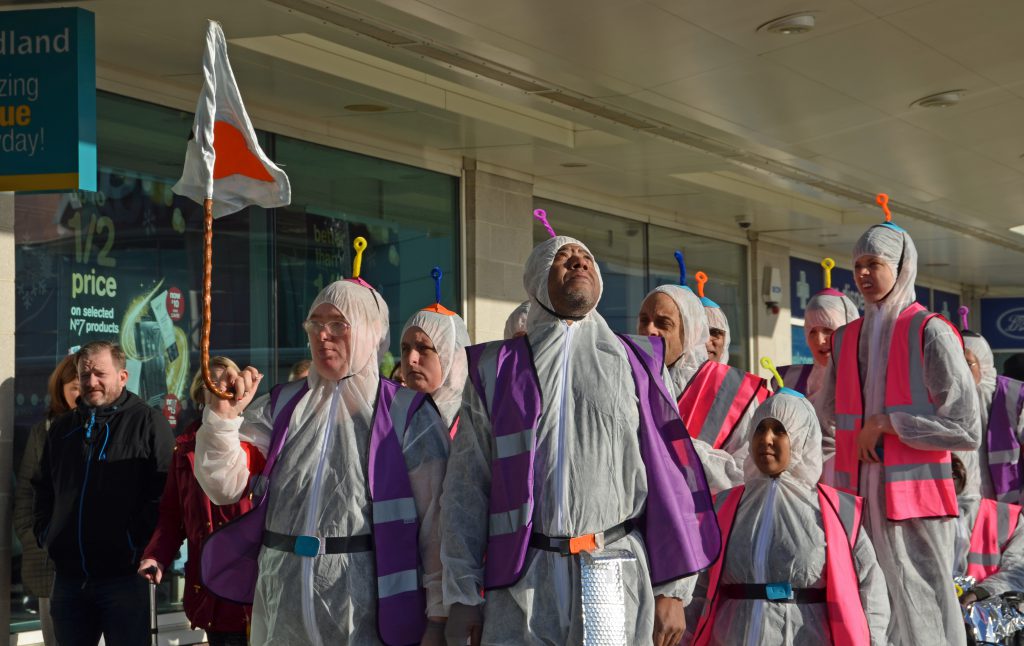 Alien Tourists is a street art act that has been developed in Newham over the past 18 months with the support of Natural Diversions in Bath. Conceived and produced by Together! 2012 CIC’s Artistic Director Ju Gosling aka ju90 and directed by Natural Diversions, the performers come from Act Up! Newham, Starpad DJs and Powerhouse Women. The work explores the way in which Disabled people from across impairment groups are stared at in the street and treated as aliens, even though we comprise 25% of the population. It also reflects the ways in which tourists are shepherded across London in ever larger and more frequent groups.

On 25 November 2017 Alien Tourists was performed at Gallions Reach Shopping Park for the Together! 2017 Disability History Month Festival. 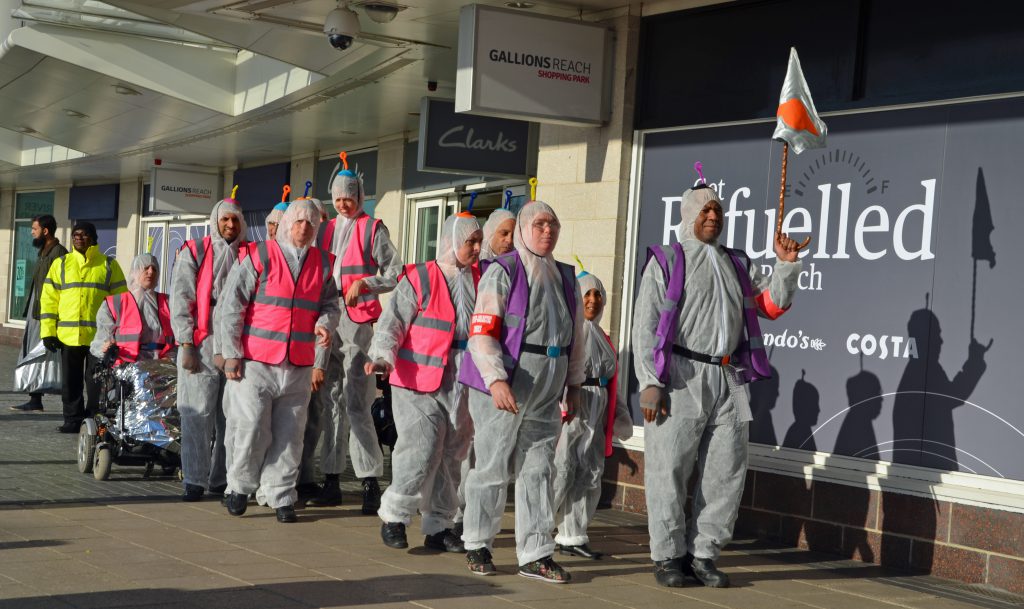