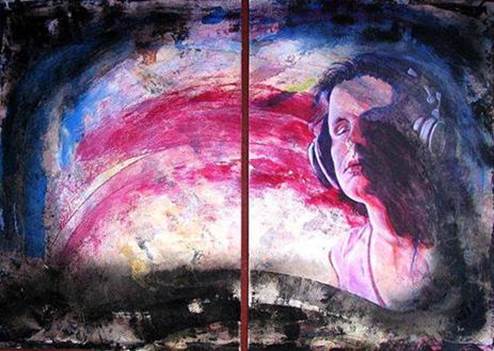 Saturday 8 December 2018 6pm: Hearing is Believing. Lorenzo DeStefano. 2017. UK Premiere. Hearing Is Believing, the new feature documentary from award-winning producer/director Lorenzo DeStefano (“Talmage Farlow”, “Los Zafiros-Music From The Edge Of Time”), introduces the world to the emerging international young musician and composer Rachel Flowers from the US. Born 15 weeks premature, at a body weight of one pound five ounces, Rachel became blind due to Retinopathy of Prematurity (ROP). At the age of two she began picking up melodies from her musician parents, proved to have perfect pitch, and was soon playing every song she heard by ear, including Bach fugues.

DeStefano and his team have created a dynamic and engaging portrait of a year-and-a-half in the life of a tight-knit American family, a single mom and her two kids, living paycheck-to-paycheck in working-class Oxnard, California, with Rachel’s stunning music as the soundtrack. Hearing is Believing revels in Rachel’s joyous and free-flowing love of song, illuminating the bonds of family, the divine mysteries of creativity and the strength created through survival.

The screening celebrates this year’s Disability History Month theme of Music, and highlights the talents of Disabled women musicians, in a musical world where performance opportunities still go overwhelmingly to men.