The outline programme is below as released previously. For the full programme including links to online versions of the films where available as released on 6 December 2019, click here. For more details about the Together! 2019 Disability Film Festival, click here.

THURSDAY 5 & FRIDAY 6 DECEMBER 10.30am-4pm Open-access workshop The Artist On Film. What can we learn about making our own artists’ films from the filmmaking of the late Katherine Araniello? At St Bart’s Community Centre East Ham. Contact film@together2012.org.uk for more information and to book. 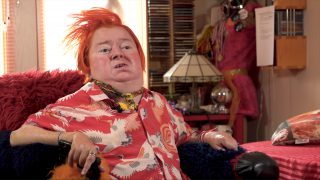 Sick Bitch Crip. When artist filmmaker Katherine Araniello died earlier this year, she left behind a body of unique artists’ films. A YouTube pioneer, Araniello used surrealist humour to challenge views of her life as not being worth living, as well as commenting on a wide range of issues from a disability perspective. The evening includes introductions by collaborators, film critics and friends in addition to screenings and will be BSL-interpreted. 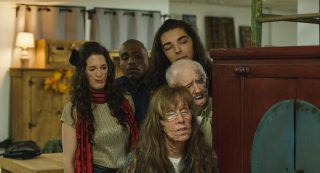 The feature-length drama Happy Face is being screened at 6pm on Saturday 7 December 2019.

6pm: HAPPY FACE. Canada. 2018. One hour 37 mins. A teenaged boy pretends to have a facial injury in order to join a support group, in a misguided attempt to reconnect with his mother who is living with cancer. This drama by Alexandre Franchi features people with facial differences playing fictionalised versions of themselves, including David Roche, who is the subject of Jo Streit’s Love at Second Sight (in Short Docs from 3pm), and who performed live at the original Together! 2012 Festival led by the UK Disabled People’s Council (UKDPC) in East London. 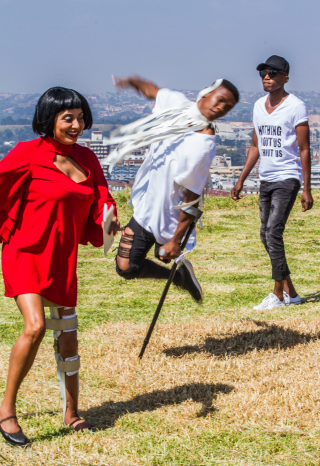 Shelley Barry’s dance film Here (South Africa, 7m) will be shown as part of a VR foyer installation throughout the Festival. 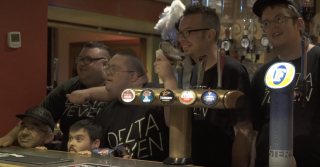 Rosie Baldwin’s Delta 7even is being screened on Sunday night in the 6pm programme.

6pm: The Festival plays out with a musical theme, featuring: Rosie Baldwin’s documentary DELTA 7EVEN, following a postpunk band whose members have learning difficulties after the death of one of their members (UK, 45m); Iona Morrison’s drama Pause (Scotland, 21m), about a drummer with sound sensitivity; Sam Oldknow’s investigation into venue access, Potters Go Underground (UK, 7m); and Lorenzo DeStefano’s music video of Rachel Flowers in performance, Free (US, 5m).