Click here to enter the exhibition. In the late 1980s and early 1990s, disabled activists named Reasonable Adjustment (RAD) fought Margaret Thatcher’s right-wing government and an oppressive medical establishment to gain rights. Regarded as terrorists by some and freedom fighters by others, their actions included a shooting by blind activists during a live BBC TV broadcast and the bombing of Euston Underground station in protest at a lack of accessible transport. 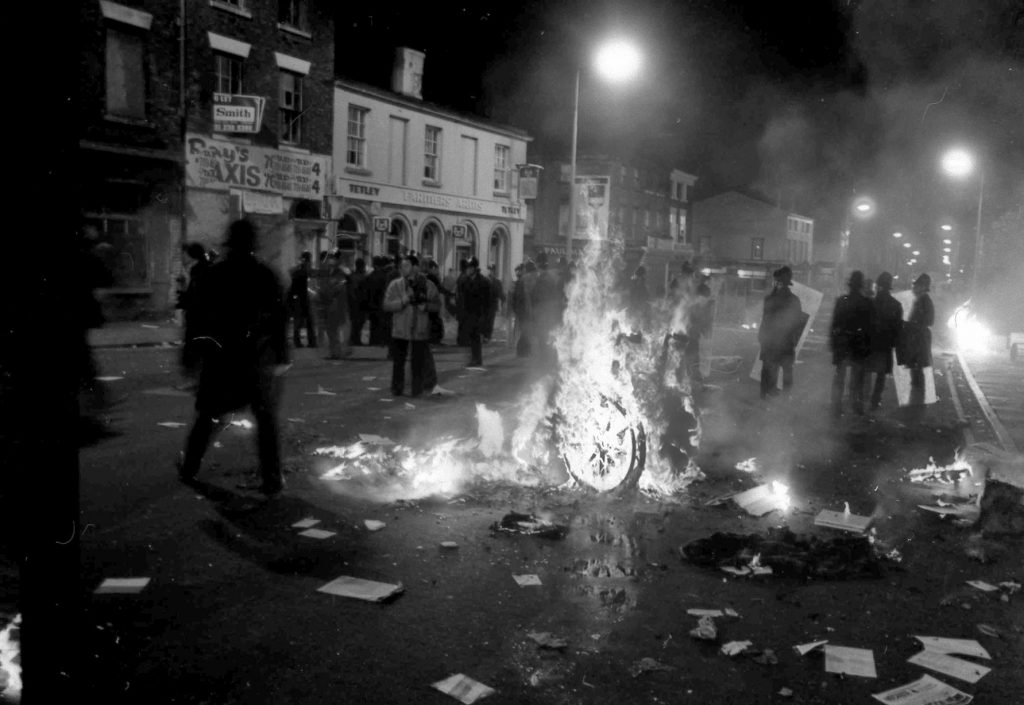 Chair burning during riot in Sheffield, April 1990. No attributable photographer.

In this exhibition, Justin Edgar showcases artefacts he has collected over 30 years which document the Reasonable Adjustment movement, including photographs he took as an art student during the height of their activity in the early 1990’s. The exhibition includes posters, artefacts and a 1991 television documentary on Reasonable Adjustment previously thought lost, but recently rediscovered. In the light of nine years of austerity cuts to disabled people, some might say it’s as though RAD never happened at all. On 7 December 2020 Justin Edgar was given the Kat Award for Lifetime Achievement by the Together! 2020 Disability Film Festival.

On 3 December, International Day of Disabled People, Festival Director Dr Ju Gosling was in conversation with Justin Edgar from 7-8pm about the history of Disability activism and how he created the Reasonable Adjustment exhibition. This is a controversial exhibition which has created much debate online. Due to the sensitive nature of this material, the video of the talk has been made private – if you would like to see it, contact us. 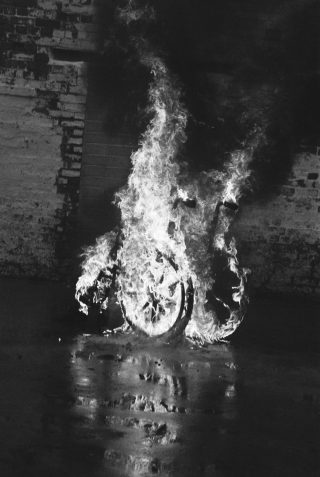 Justin Edgar is a Director of 104 Films and one of the UK’s leading Disabled film producers. The Reasonable Adjustment exhibition premiered in January 2020 at the Art House in Wakefield, but the physical tour has been suspended.