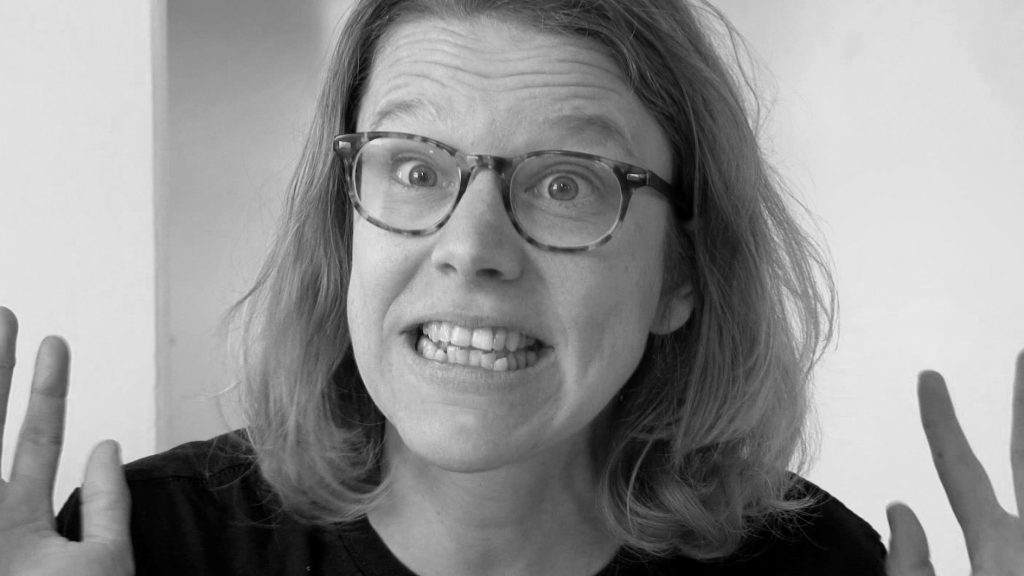 Beth Richards’ I hate you jargon was screened in the Artists Films & Videos programme at the Together! 2018 Disability Film Festival.

The F-system has been devised by Bath Film Festival and is now used by more than 40 international cinemas and film festivals, in order to highlight the contributions made by women to film and where they are being excluded. The Fs are awarded for 1) a woman being in charge, (they might describe themselves as a director, producer or filmmaker, but will have led the project); 2) a woman creating the content, usually by writing the script, but for non-fiction this might be the producer; 3) women are the focus of the film, for example taking a starring role or being the subject of a documentary. Sometimes the same woman will qualify for more than one F, if they have played more than one role in the film.

The D-system has been developed by the Together! Disability Film Festival and was used for the first time by us in December 2018. Based on the F-system, we are still exploring ways in which the contribution of Disabled people in front of and behind the camera, whether or not they are supported and facilitated by other people, can be fully recognised. At present we award one D for a Disabled person or people being in charge (they might describe themselves as a director, producer or filmmaker, but will have led the project, whether or not they were supported by other people); one D for a Disabled person or people creating the content, usually by writing the script or having the idea for a non-fiction film and developing it, whether or not they were supported by other people; and one D if the film features Disabled people as the main characters, or Disability as the subject of the film (everyone in front of the camera needs to be supported by other people, whether they are Disabled or not). We hope the D-system will assist in highlighting the widespread exclusion of Disabled people from the film industry, and we support the #MakeFilmEqual campaign.

Of 56 films we screened in 2018, 34 films (60%) had at least one F rating, and women played significant roles in many of the rest. 16 films had 2 Fs; and three films had 3 Fs. All films of course had at least one D rating: 28 films had 2 Ds; and 9 films had 3 Ds. This means that Disabled people played a role in creating and controlling the content of the vast majority of the films.

We challenge other film festivals to adopt the D-system.