On 1 December 2020, World AIDS Day, playwrights Damian Darkness and Vince Laws were in conversation with Festival Director Dr Ju Gosling before their plays were streamed. You can listen to A Very Queer Nazi Faust here as a podcast including audio-description: https://soundcloud.com/avqnf/the-tragic-true-life-deserved-death-of-a-benefit-scrounger-by-himself-john-faust-1

In Vince Laws’ play, poet John Faust is suicidal. His benefits have been stopped without warning, the bailiffs are due to evict him, his dog is in the vet’s dying, his car needs a new clutch, and he can’t finish his poetic masterpiece while the voices inside his head torment him. In despair, he throws himself off Beeston Bump, Norfolk’s highest peak, clutching ‘The Tragic True Life & Deserved Death of a Benefit Scrounger by Himself’, but Lucifer won’t let John drown because she loves his work and wants a bigger part. A Very Queer Nazi Faust celebrates over 50 years since the partial decriminalisation of homosexuality in the UK and highlights issues around cuts to disability benefits. The performance contains adult themes and language, suicidal thoughts, Lucifer, The Naked Abseilers and poetry, but no Nazis. 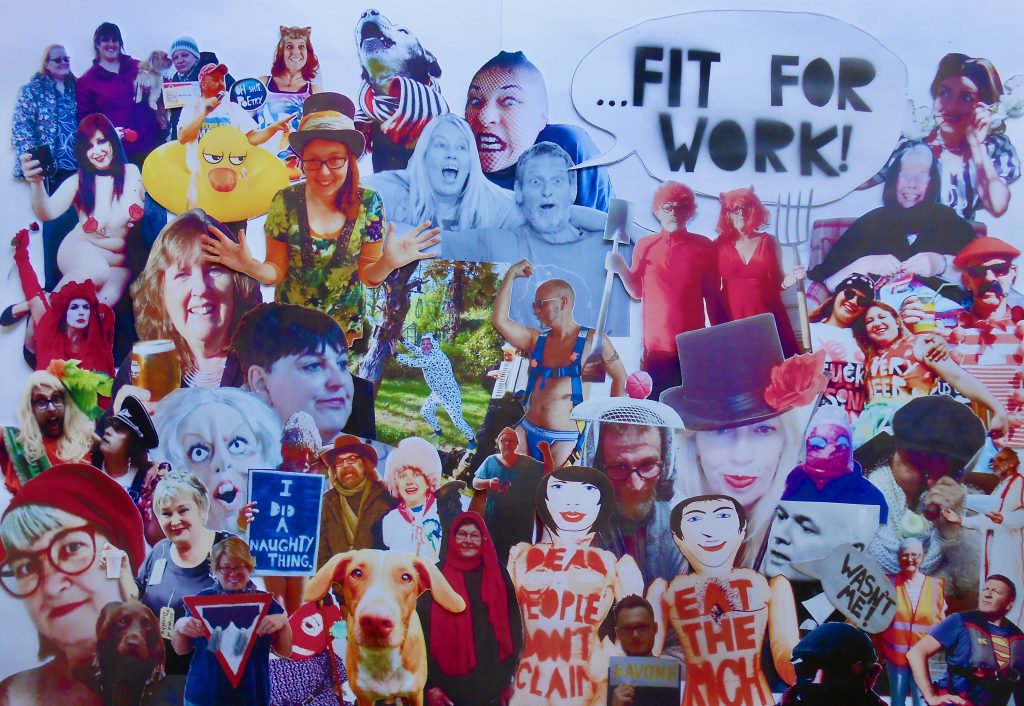 Vince Laws is based in Norfolk and began to develop a 21st-century Faust in 2016, with input from Arvon Writing Foundation and Shape Arts. He  made the plot into a comic, then the comic into a live performance after asking for volunteer participants, which he put on at Norwich Pride 2017 on a donated budget of about £800. In 2018 Vince received a £10k Unlimited participatory grant, ran workshops, and put the performance on again, selling out Norwich Arts Centre. In 2019 Vince edited the live performance so it works as a podcast, with existing characters giving audio-description. Vince is currently re-making the comic version of A Very Queer Nazi Faust, now informed by all the workshopping and performance, in the style of an Outsider Art book.