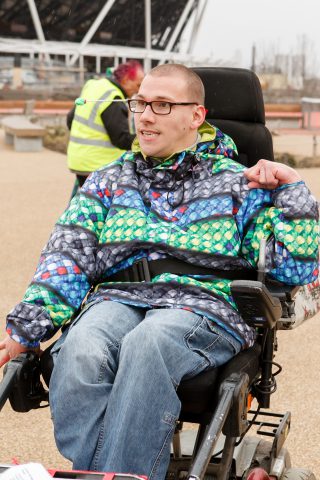 To celebrate the 2018 Disability History Month Festival theme of Music, we have teamed up with Bournemouth Symphony Orchestra (BSO) to launch two uniquely inclusive classical music playlists. The playlists are entitled ‘Inside the Human Mind’, which is vivacious and striking, and ‘Relax and Unwind’, which is calming and soothing. Both are created by BSO Intern Laura Robertson, and are available free online on Spotify by ‘vilify’. Full track details are below.

Classical music can be enjoyed by anyone, however impaired or unwell they may be, but all too often, carers and support workers have no time to do anything but switch on the radio. Then, people with reduced levels of consciousness can become distressed by the rapid change of mood, conversations and lyrics they don’t fully understand, and aggressive listeners phoning in. These playlists can be used with confidence. We also want to widen access to our Festival for those who can’t attend in person, by making as much as possible available online, including this online-only offer.

Lisa Tregale, Head of BSO Participate, says: “Bournemouth Symphony Orchestra is proud to be involved with Disability History Month and Together! 2012 CIC. With the theme this year as music, we would like to celebrate our Change Maker and Conductor James Rose and the BSO’s pioneering ensemble, BSO Resound. We hope the awareness that comes from Disability History Month, along with the hard work of Together! 2012 and BSO Resound, inspires people from all backgrounds to engage with music, and opens up further opportunities for diversity and accessibility in the arts sector.”

The playlists in full (track, artist and album) are: