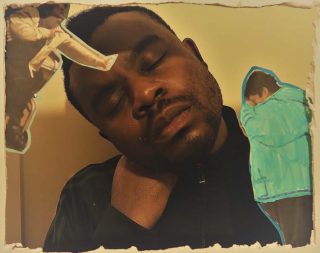 I am Toni…Who Am I? is an interactive online gallery resulting from an online collaboration in 2019 between Act Up! Newham and Los Inseparables in Chile. The gallery contains photographs and other information about the collaborative and creative process, films, and ways in which you can join in from home, including how to dance the Chilean national dance Cueca on Zoom. I am Toni…Who am I? was premiered on 24 November at 7pm, with live contributions from the artists about the process and questions from the audience.

There is lots more to explore below.

The following film I am Toni…Who Am I? was premiered during the launch event.

I am Toni…Who Am I? was originally due to be presented live in March. Instead, Act Up! Newham moved to making work on Zoom, and released a new film every week on their YouTube channel and the Together Unlocked! live stream. Over the autumn, the company returned to I am Toni…Who am I? so they could present their work digitally, and created some more short Zoom films as part of this process:

Act Up! Newham is Together! 2012 CIC’s associate theatre company. Act Up! Newham is a community based training company, embedding Arts Awards and other nationally recognised qualifications, and creating a wide range of productions based on the lived experiences of the members. The majority of the actors are Disabled People of Colour, many of whom speak two or more languages. Actors with learning difficulties, who face significant barriers to accessing further education locally, often train solely with the company, while other members also have mainstream training and qualifications.

Below you can view profiles of some of the company members which were first shown on Together Unlocked! in October 2020 to celebrate Black History Month. Other company members include Sterre Ploeger and Hannah Facey.