This page introduces the companion animals that you may see while watching the Together! 2012 TV live streams. They don’t have individual social media accounts…yet…. 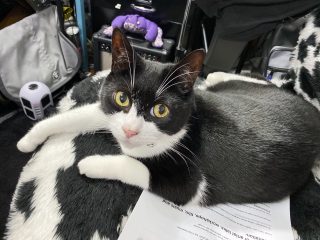 Christy-Fur is a companion of Julie’s and has moved into the ju90 office for the duration. He can sometimes be seen in the studio, usually when he’s not supposed to be. 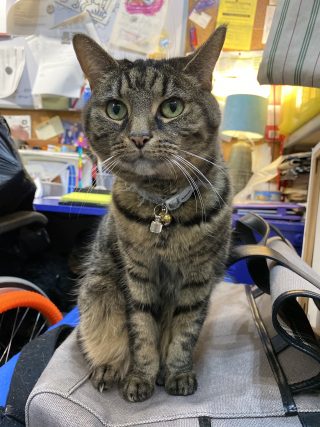 Dorcas aka Baby only has time in the world for Julie and Christy-Fur, after the pair were fostered together as sick kittens when they had been abandoned by a pet shop. Dorcas is unimpressed with her temporary home in the office, but feels it is worth remodelling, particularly Iive on air. 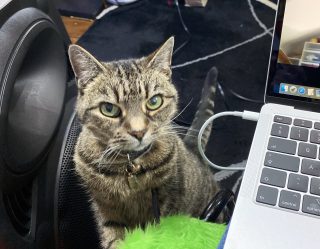 Jinks aka Dolly moved into the ju90 studio in 2007, the only surviving kitten of a feral litter. Still shy and fearful, she makes an exception for online communications. Having two virtually identical tabbies in the Big Sister house creates a lot of confusion. 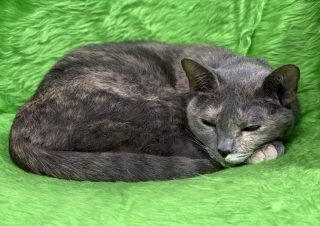 Sparkle moved into the studio in 2016 after her first family left the UK, and is about a year younger than Jinks aka Dolly. Sparkle’s original name was Sparky, but that seemed undesirable around so much equipment! Sparkle’s favourite hobby is sleeping, usually somewhere she shouldn’t. 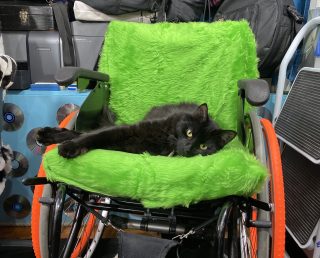 Leonardo aka Leo is the youngest of the ju90 studio cats, having been found wandering in the July 2018 heatwave with 3rd-degree burns to his paws. Leo’s hobbies include collecting and hiding small gadgets, and chewing through cables. 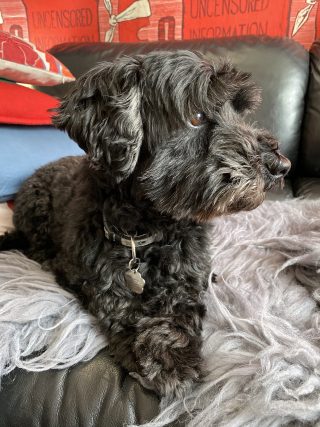 Jazz is Ju’s assistance dog, and joined her as a puppy in training in July 2012. His favourite place at home is his kennel in the office, but the office door is barred to him while Christy-fur and Dorcas – who like the kennel very much – are in residence. Jazz makes occasional films about dog welfare, and is currently working on one about preventing heat stroke. 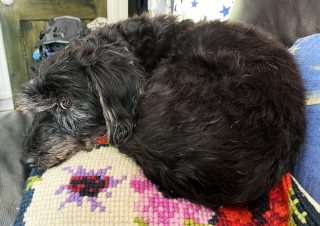 Precious is Julie’s assistance dog and Jazz’s sister, and also operates the weekly Pet Cam to show shielding humans the view from the outside world. To start with, the dogs found it challenging not to be in the studio during the live streaming, because they have always been in the same room as us or someone else in the past. Now they take it for granted, and go to sleep for the hour. 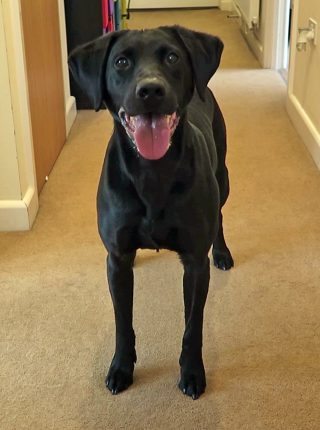 Merlot is Sterre’s assistance dog and lives with Sterre and Hannah in a flat near Plaistow. Merlot can often be seen helping out or just watching quietly in their films. 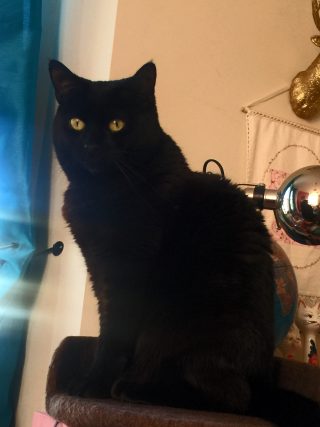 Pixie is 6 years old and a rescue cat. Pixie has been writer-in-residence Penny Pepper‘s literary mews since 2017, and is an experienced broadcaster. 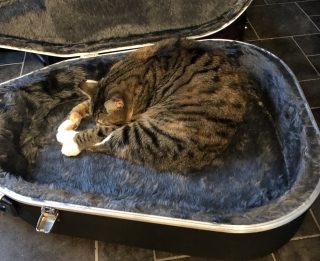 Baby Sometimes more like a dog than a cat, Baby follows at Patton’s heels, and is one half of the accomplished P&B Hunting Squad. 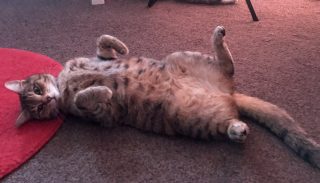 Princess A cat with both all and none of the grace of a cat. During garden hunts she is a fluffy ninja, at all other times she just looks confused.