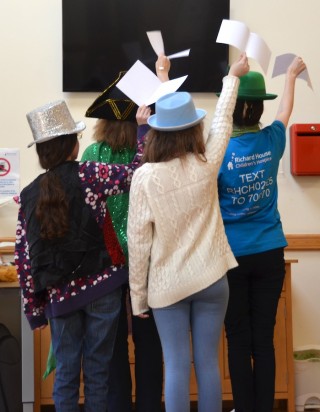 Artistic Director Ju Gosling aka ju90 writes: Being suckers for hard work, we ran two events today simultaneously. I was particularly fortunate to be working at Richard House Children’s Hospice in Beckton, which supports over 200 children with life-limiting conditions and their families.

In the morning, Miriam from the Theatre Royal Haymarket ran a two-hour mask and puppet workshop, which was enjoyed by everyone who took part. Miriam demonstrated how a puppet can simply be made from folding a piece of white paper in two; soon a flock of seagulls was swooping around the space.

In the afternoon, the workshop was followed by a performance by Sophie Partridge of her puppet show Song of Semersuaq. Based on a Canadian Inuit legend, we were all mesmerized by both the puppets and the narration.

The day ended with a discussion about careers in the arts for young disabled people. Sophie was joined by Nicola Miles-Wildin, who played Miranda in the Paralympic Opening Ceremony, and my own 13-year-old goddaughter Eve Smith, who appears in her first professional role in the New Year in Sky TV’s The Smoke.

All three were excellent role models for young people who had already displayed a considerable amount of artistic talent during the morning. We are delighted that the children and young people of Richard House also have a joint exhibit, The Tree of Life, in our art exhibition at the Old Town Hall, Stratford, and are showing two films in next weekend’s DIY Disability Film Festival. 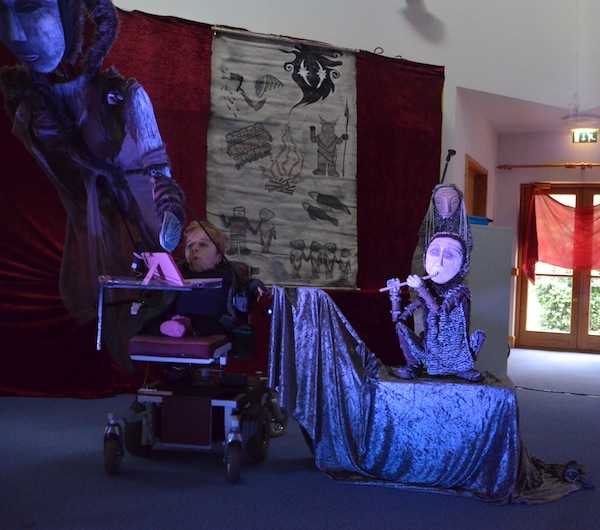 Our second event, at St John’s Church hall in the centre of Stratford, was an ‘Art Hive’ and sale of work in conjunction with our partners Cooltan Arts. The concept of an Art Hive is to have a drop-in event, where everyone can make art from a variety of materials on offer.

The theme of today’s event was ‘Hope’; something it is important to keep alive in this era of ‘austerity’. Cooltan have lost a number of their members to suicide since the service cuts of the last three years, and are now creating a ‘Wall of Hope’ at their offices in Southwark.

Today’s participants could take their work home with them, or give it to Cooltan to become part of their wall. We will be creating a ‘virtual wall of hope’ later with images of the work produced today. 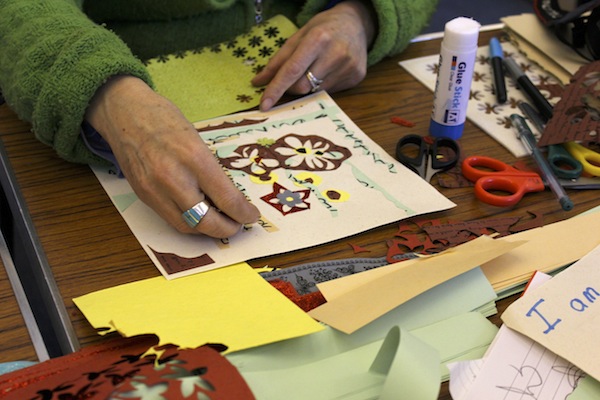 Alongside the Art Hive, there was an opportunity for disabled artists to sell work including art cards, textiles, prints and paintings. One of our aims at Together! is to create self-employment (as well as employment) opportunities for disabled artists, and we have been running a ‘pop-up shop’ at various events in Kent and East London over the summer.

In the Spring we are opening an online shop, where local Disability Arts groups such as East End Hamlets and the McGrath Makers can sell their work alongside individual artists. For some people, this will mean being able to generate enough income from their art to cover the cost of the materials they require to carry on making it; for others, it will form an important part of their overall income.

We are currently seeking advice and input from an experienced online retailer; please contact us if you can help.